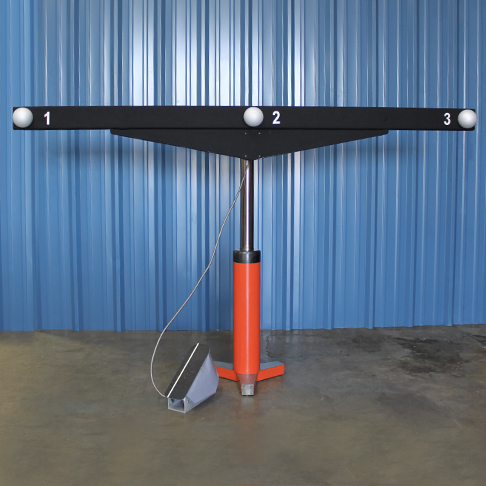 The Condor Scale Bar was designed specifically to make performing the ASTM E3125-17 simple. The ASTM Standard Test Method for Evaluating the Point-to-Point Distance Measurement Performance of Spherical Coordinate 3D Imaging Systems in the Medium Range, was released in December of 2017. Bal-tec was the supplier of Integration Spheres for the development of the standard.

The Base Stand is placed a given distance from the laser scanner and the Condor Scale Bar is assembled by stepping on the foot switch and placing the Bar into the nest. A Laser Tracker (Reference Instrument) is positioned on the opposite side of the scale bar.

The bar is then scanned at the vertical, horizontal and 2 – 45 degree positions. The integration sphere centers are also measured using the laser tracker to create a calibrated center to center distance.